Master José Napolés was introduced to Taekwondo when he was a young child through a Master who volunteered with young children on his weekends.  Although he was not able to afford continuous lessons as a child he pursued his passion, and as a teenager, joined the World Taekwondo Federation to officially study Taekwondo.

His training continued, and he attended seminars and worked with students in his local community as an instructor between 1998 and 2006.   In the late 2000’s, Master Napolés moved to the United States as part of his career, and for a time was a taekwondo student without a home.  During that time, he became associated with both the YMCA of Southern Indiana Taekwondo and Grand Master Kim.

Under Grand Master Kim, Master Napoles was able to continue his Taekwondo studies, and earn his 5th Dan Master Certification.  Meanwhile, he began the process of rebuilding the struggling YMCA of Southern Indiana Taekwondo expanding to two locations and rebranding the group to Southern Indiana Taekwondo as it began its journey from its ACTA roots to standardization with the World Taekwondo Federation.  All of his hard work earned him the Volunteer of the Year award in 2015 from the greater Louisville YMCA for the Clark County Branch.

In 2017 Master Napoles felt it was time for Southern Indiana Taekwondo to retire.  The students were now studying curriculum approved by Grand Master Kim, and the instructors had committed themselves to the World Taekwondo Foundation.  Consequently, Master Napoles founded Choong Sung Taekwondo and chose the Phoenix, as designed by the Indiana University Southeast Design Center, as the school’s mascot. The Choong Sung Phoenix represents the rebirth of the organization and symbolizes rising above adversity.

During 2018, Master Napolés found time to test for and receive his 6th Dan Master Certification. He continues to practice his art and teach at Choong Sung Taekwondo martial arts school. 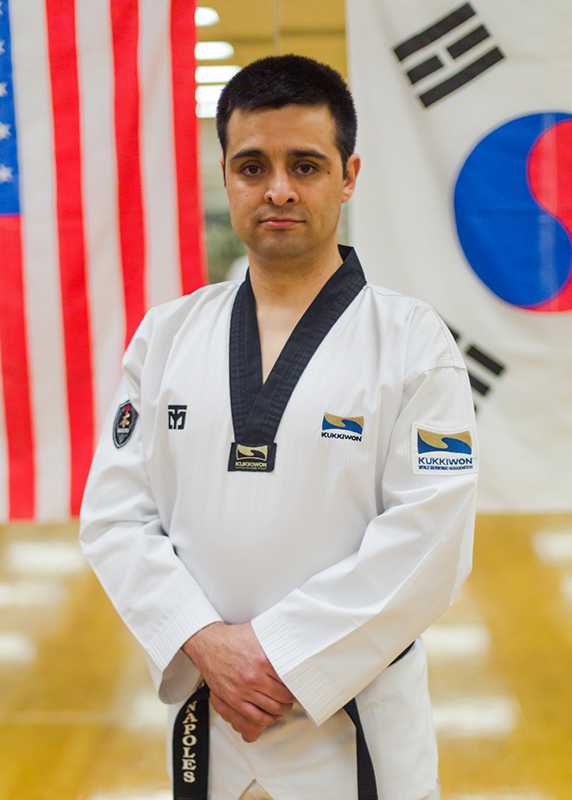